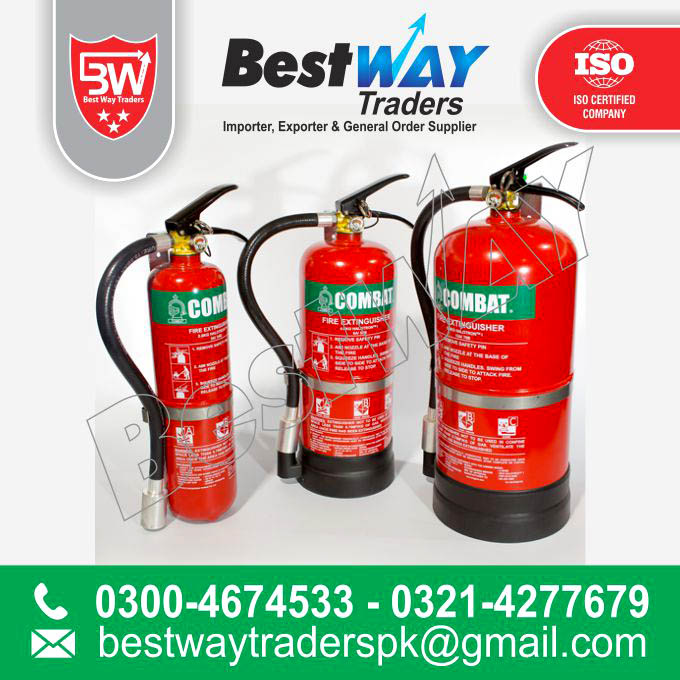 Chemicals are used in a fire extinguisher? How do they work to put out fires?

This answer is provided by William L. Gross handler, leader of the Fire Sensing and Extinguishment Group in the Building and Fire Research Laboratory at the National Institute of Standards and Technology (NIST).

Many fire extinguishing systems are built into the building or other structure being protected. Water sprinklers are by far the most common type of fixed system because they are inexpensive, highly reliable and safe for people. But water damage cannot always be tolerated (say, in a computer room); it is sometimes ineffective (a fuel storage system); and it is impractical where weight and space are limited (in an airplane). In these situations, fire extinguishers use different materials–ones that flood a protected compartment with a fire-fighting gas. CO2 works well, but is fatal at the concentrations necessary to extinguish a fire, and so cannot be used where people will be present. Bromotrifluoromethane (CF3Br, or halon 1301) is a close cousin to halon 1211, but has a much lower boiling point and toxic level–properties that have made halon 1301 the firefighting chemical of choice for applications where sprinklers cannot be used.

The phaseout of halons has led to a scramble by government and industry researchers to find environmentally suitable replacements. None have been identified with all the positive qualities of halon 1211 and halon 1301. The trick is that the bromine and chlorine atoms in the halon molecule–the very ones that are so damaging to the stratospheric ozone–are also incredibly aggressive scavengers of hydrogen atoms, which are key to maintaining a combustion chain reaction. Indeed, bromine and chlorine atoms are released as halon decompose in the heat of the fire, establishing a catalytic cycle involving HBr and HCl; the cycle converts active hydrogen atoms to stable H2 molecules, breaking the chain reaction.

Manufacturers have introduced new families of chemicals containing no chlorine or bromine, called hydrofluorocarbons (HFCs),that have physical properties similar to the halons and no ozone depletion potential. But lacking Br or Cl atoms, the HFCs cannot disrupt the combustion reaction to the same degree. HFCs extinguish fires in a manner similar to CO2 or N2–by absorbing heat and reducing the concentration of oxygen. Even so, several different companies are marketing such HFCs as CHF3, C2HF5, and C3HF7 for a variety of applications.

The need to find halon replacements remains. Researchers are actively pursuing diverse materials–including iron- and phosphorous-containing compounds and hydrofluorocarbons–with the ability to inhibit flames. They are also developing better means of discharging more conventional chemicals, such as H2O, N2 and CO2. For example, one idea is to use a solid propellant to generate an inert gas mixture–an approach identical to the systems in car air bags. Such a system, when activated, would extinguish a fire just as one blows out a candle.

Scientific American is part of Springer Nature, which owns or has commercial relations with thousands of scientific publications (many of them can be found at www.springernature.com/us). Scientific American maintains a strict policy of editorial independence in reporting developments in science to our readers.

We use cookies to enhance site navigation, analyze site usage & personalize content to provide social media features and to improve our marketing efforts. We also share information about your use of our site with our social media, advertising and analytics partners. By clicking “Accept All Cookies”, you agree to the storing of cookies on your device for the described purposes.